He took the Bible, the heaviest book he could reach, and threw it at her. In pain once again, she felt powerless.

I never understood the problem of differentiating between they’re and their. But then again, I learned English in a different way than native speakers do. So, then, I thought about Croatian language and how little an average Croat knows Croatian grammar. I know this first-hand since I’m a Croatian teacher. And then I thought a little more about it. Isn’t language supposed to be a means of communication? Isn’t it supposed to make things easier? Well, it depends how you look at it.

What grammar gives us is a set of rules on which our language is built. It describes what we already know and use every day. But why don’t we know those rules, then? It’s because language keeps changing all the time, and much faster than the rules which describe it. Just like a living organism, language evolves all the time. Does that mean we should not be bothered with grammar at all? Of course not. But it does put a lot of pressure on learners, and on linguists as well.

Now, a problem in Croatia is the use of many English words in everyday speech. The so-called purists are strongly opposed to it – so much that they’ve invented new words for “English” expressions we use. So, instead of “printer”, we have “pisač”, a word nobody uses. Is this really neccessary? Personally, I think not. Because, when you come to think of it, so many words we use are not originally from our own language. I’ll use English as an example – just think of all the words that came from Latin, French, and other languages. They didn’t “destroy” English language, they just changed it. And it will keep changing no matter what we do. Change can seem frightening in all aspects of our life, and when it comes to language as well, but it’s unavoidable. Some changes are good, some are bad, but as it is said, the only constant in the universe is change.

That being said, you should pay attention to grammar. Bad spelling may not be lethal, but it can be embarrasing. 😉 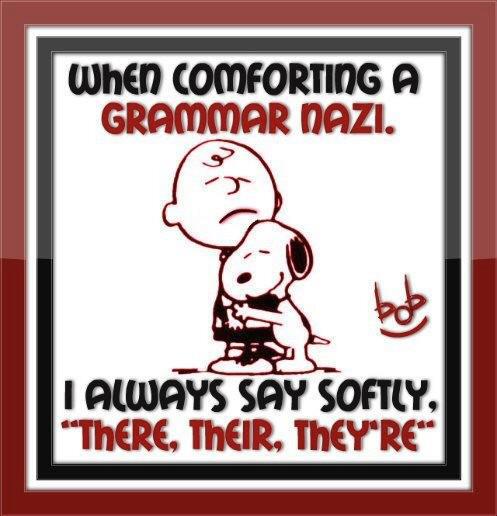 She expected a sphinx, prepared herself for a riddle that only the wisest can solve. She thought she might end up in a labyrinth, and have to fight the Minotaur. She looked around carefully, fearing the petrifying gaze of Medusa. She was taught to be brave, strong, and confident, but now she was confused.

Maybe she read too many stories.

All she knew was that she was about to face her ultimate test. And by ultimate, they certainly didn’t mean expected. Nothing that can be found in stories. No Pegasus to ride.

She had been put to sleep. That’s how the test always starts, and the only thing about it that was known to all the students. Once they opened their eyes, their challenge would look back at them. Everything was supposed to become clear then. But she woke up in a forest, alone. The grass was cold and wet from the dew. Lying on it was not pleasant, but it was real and comforting. She got up, making sure she wasn’t missing anything. No, nothing was looking back at her.

She had spent ten years in the Mansion, preparing herself for her future role. Not once in those ten years did she set foot outside. The forest smelled of rain, dirt, and was filled with the soft murmur of leaves. She breathed it all in. No human voices, no shouting, no screams. Was this how freedom feels like?

She knew now what the test was. She was all alone in the outside world. Her training will never be finished. Every day would be a new test. Now all she had to do was survive.

Look far away.
Stay silent.
Look and breathe in
The playful dance of colours.

Soon they’ll disappear,
Erased as our own selves.
The night is coming closer
And with it brings our sorrow.

Night is dark and lonely
And loneliness hurts deep
Goodbye is just one word
But it means everything.

Night might not have colours,
But it will bring you stars,
It will offer moonlight
Beauty of another kind.

I haven’t been posting much lately, I know, I’ve been quite busy… But I’m here, reading you, and planning what to post next. 🙂

Anyway, I really like this painting and I felt inspired, so I wrote this little poem for it.

For my first post of the year, I decided it was the best to look back on the books I’ve read in 2015. Compiling this list took me longer than I expected it to. I’ve read quite a lot of books this year and it was hard to choose the top 10.  Of course, these books are in no particular order. I could never list them in order, I think. XD Mostly because I like them for different reasons.

Without further ado, I’ll start the list with a few classics and then I’ll move on to more contemporary literature. Also, I noticed that I’ve already posted about or at least mentioned most of these books on my blog, which is expected since I like talking about books I liked. 😉 Therefore, I won’t talk a lot about each particular book. It would make a too long post anyway…

1.Far from the Madding Crowd, by Thomas Hardy

This is a true classic – a wonderfully written story with a great heroine who makes mistakes and will drive you crazy at times, but you’ll still love her. My post on a little piece of this book can be found HERE.

2. North and South, by Elizabeth Gaskell

Another classic I think everyone should read, even though I feel it’s not talked about that often. Once again – a great, and strong heroine, who takes care of her entire family and still finds time to be kind. This novel is more than a love story – it deals with social issues and the way of life in the industrial North.

As I mentioned several times before, I’m obsessed with everything medieval, even when it’s not that historically accurate. I really liked the Romantic Medievalism of Ivanhoe and the way in which Walter Scott uses some elements of medieval literature.

I’ll continue with the Middle Ages. The Once and Future King is a retelling of Arthurian legends. I had a lot to say about it, so I dedicated not one but two posts to it. XD (POST 1, POST 2)

This book is Patti Smith’s memoir about her youth and life with her friend/lover Robert Mapplethorpe. It’s also a book about art and artists. It made me cry (and I don’t cry that often) but at the same time, it remained somewhat hopeful. Simply wonderful. My post about it can be found HERE.

For me, 2014 was a year marked by Terry Pratchett. However, this is the only book of his I’ve read this, I mean last, year. On the bright side, it might be my favourite. Small Gods is a stand-alone novel of the Discworld series, which means you can read it even if you’ve never read a Discworld novel before.

What I like about this book is how strange it is. Yes, I’ve read even stranger, but it’s still very interesting. For me, it’s a book about pain, and the evil we all have inside of us. But it’s also more than that.

This book is just wonderful! The writing, the believable characters, the non-judgemental way in which it deals with difficult topics such as immigration, culture, religion and even honour murder… Everything. If you want to know more, I wrote a post about Honour and Americanah by Chimamanda Ngozi Adicihe – find it HERE.

The book mentioned earlier, Americanah, is another book which deals with culture and, most of all, race. It is also a love story, but underneath it, it hides much, much more.

10. Water for Elephants, by Sara Gruen

Last but not least. Actually, it might be the least, but I enjoyed Water for Elephants despite the love story and the ending being a little too cheesy. Sometimes, you need cheesy. XD What I loved about it is that it’s dedicated to all the poor elephants who suffered and were even killed in circuses. Animal rights are an important issue for me and I liked how the portrayal of the circus life is not romanticized as it often is. The book is also well reasearched. I found it captivating. 🙂

As an honourable mention, I’ll add another book to my list.

The book is Stonehenge, by Bernard Cornwell. I wanted to mention it because it made me want to read more Bernard Cornwell, especially since people seem to be saying that this isn’t one of his best novels, and I really liked it. It takes place 4000 years ago and deals with the building of Stonehenge, so what’s not to like? 😉

And in the end, I’ll also mention a manga series I really loved.

Paradise Kiss has only 5 volumes (and there’s also a 3-volume edition). It’s about a girl who becomes a part of the fashion world after meeting a group of designers. But most of all, it’s about growing up and finding yourself. And it was very fun, though heartbreaking at times. Ai Yazawa’s manga are always heartbreaking…

Hope you enjoyed my list and, please, feel free to share some of the books you loved in 2015! 🙂