There is no place for her in the new world – he knows it as he kisses her brow, and she smiles, still half-asleep.

He listens to the clock tick, counting the last minutes of the life as he knows it. As he watched the old world go down in flames, he knew that the next one had to be made differently, perfectly, and people should stick to doing simple things in order not to mess everything up again with their imperfect ideas.

And she, she is a painter, an artist. As much as he loves her, he knows that imagination can only cause problems.

I was nominated by the wonderful Misty from mistysbookspace for the Sunshine Blogger Award. Thank you so so much! I just want to say that I won’t be tagging anyone this time, since I’ve done an award post recently, but I really wanted to answer Misty’s quesstions, so here it is. 🙂 If someone wants to do the award, just say it and consider yourself nominated! The rules are as follows:

Now, let’s get to the questions!

1. What is your dream vacation location?

Oh, I love to travel, so anywhere I have never been before is great for me. Lately, I’ve really been wanting to visit Iceland. It seems so perfect!

2. When would you say you became a reader?

I think I’ve always been a reader. My parents read to me when I was a child and it all kind of started from that.

3. What was the last book series you completed?

The Mistborn series, by Brandon Sanderson. I’ve been getting into fantasy again this summer. I think summer is the perfect time to read those long books and series you’re a bit afraid to start when you know you won’t have as much time to read as you would want.

4. What advice would you give to newcomers to the blogging world?

I’m not sure I’m the right person to give advices to other bloggers… I’m not even sure what I’m doing here. XD I guess the most important thing is not to consider your blog as something you have to do. It’s supposed to be fun, and to makke you happy. Not stressed. So if you need a break – take a break. It’s not the same as giving up. You’ll always be welcome back. 😉

5. Do you have any unique talents? If so what are they?

You mean, besides being the most quiet and awkward person in the room? XD I’m not sure…

6. What character do you wish was a real person in your life?

Any vampire from the Vampire Chronicles. So that they can make me a vampire, too, and I could live forever. I need someone willing to do that, of course, or I could end up dead. So I’ll have to think a bit more carefully about this… Any suggestions? 😛

7. Aside from reading what are some of your other passions?

Lately, Instagram… XD But, seriously, I love to write. Just about anything, as you can see from my blog, as well as working on some longer works of fiction. Also, I’ve recently discovered I like doing yoga. I’m still a complete beginner, but I’m getting better. XD

8. What is your favorite genre?

I think I love the classics most, though I refuse to consider classics a genre (they belong to different genres). Maybe Gothic fiction, in all of it’s shapes and forms.

9. Who is your favorite author?

10. What is your least favorite genre?

I like to read different genres… I think anything can be done great. But I don’t really read  contemporary romances… As I said in an earlier post I don’t mind romance as a part of the book, but if it’s all the book is about, I probably won’t pick it up.

11. What fictional world do you wish you could be a part of?

Most books that take place in a fictional world have a pretty dangerous setting. That makes them interesting to read, but not so good to live in. XD So, I’ll have to go with the expected answer and say the magical world of Harry Potter. I’d definitely go to Hogwarts! 🙂

If you do as I say
One healty and alive
Will welcome you there.

He told her there was just one rule, as gods always do.

Red was determined not to do the same mistake as everyone before, even though she knew the odds were not in her favour. Pandora always opens the box, Eve always bites the apple, Orpheus turns to look at his lovely wife, and all of Bluebeard’s wives unlock the forbidden door.

The rule was simple. Red had to follow the road to her grandmother’s home, without making even a slightest turn aside, and when she enters the little house, her grandmother would welcome her there. She would be alive and well, in her rocking chair and not underneath the wet, cold ground.

Red’s steps were quick and determined. She believed in herself and could feel happiness enveloping her entire being. Then she saw beautiful flowers on the side of the road and thought how lovely it would be to bring them to her grandmother. She was careful as she picked them not to step from the road, not even with the tip of her shoe.

“The flowers are much more beautiful there, farther into the woods,” a deep voice said.

Red raised her eyes and saw a big wolf staring at her with piercing, green eyes.

“Where are you going?” the wolf asked, and his voice was so warm and so kind that Red couldn’t refuse to answer.

“I’m going to my grandmother’s house. She died, but I was promised she will be alive again.”

“Don’t you want to see her sooner then? I know a way through the forest, it’s much shorter,” the wolf said and Red wanted to follow him anywhere.

“Then, you can always run,” the wolf said. “Do you want to race me? I will go through the forest, and you run along the road. Let’s see who comes first!”

Red was suspicious, but she couldn’t find anything wrong about the suggestion. She would still follow the road, no matter what the wolf does. And he seemed so friendly, so she didn’t want to offend him.

The wolf nodded and disappeared among the trees. Red ran and ran, as fast as she could, thinking of the grandmother and thinking of the wolf. She wanted to win but when she came the wolf was already standing on the doorstep.

“You see, I know a much faster way,” the wolf seemed proud.

“Well, I admit, you won,” Red laughed. She wasn’t sad for losing, because in the end, she had also won. She had come to her grandmother’s house, and she followed the road. Magicians, genies, gods… They were never cheating. All those who failed before her were just silly people, with no power of will.

Red knocked on the door, but no one answered. She was a bit surprised to find the door unlocked. She entered the house and called for her grandmother, but no one replied.

“What happened?” she heard the wolf ask.

If you do as I say
One healty and alive
Will welcome you there. 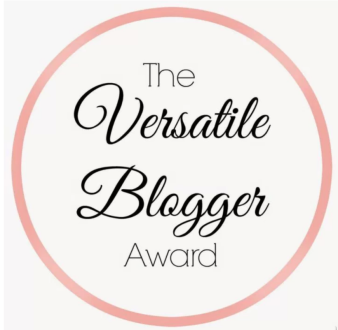 Thank you so much Dear Kitty for nominating me for the Versatile Blogger Award! It really made me happy. 🙂

Befora I start, I just want to say that I’m sorry for being so inactive lately… I really like this blog and the lackk of time for it bothers me, but I’ve been quite busy and now I’ve even gotten sick. Anyway, the blog is still alive, and I will try to find more time for it. 😉 Now let me get back to this lovely award nomination!

The rules for the award are:

It’s really hard to talk about yourself, isn’t it? XD Anyway, here are some random faccts about me:

Well, I hope thore were at least slightly interesting… I’m not sure who accepts awards and who doesn’t so, of course don’t feel like you need to do the post. Anyway, the people I tag are: Nicole,  Misty,  sinisterdarksoul,  Miguel Olmedo Morell,  Miracle,  Julia,  llady literary,  Anita, Katha,  bookwormhay,  WovenEclipse