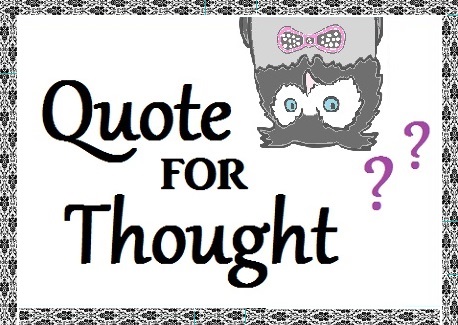 George’s son had done his work so thoroughy that he was considered too good a workman to live, and was, in fact, taken and tragically shot at twelve o’clock that same day – another instance of the untoward fate which so often attends dogs and other philosophers who follow out a train of reasoning  to its logical conclusion, and attempt perfectly consistent conduct in a world made up so largely on compromise.

I started reading “Far from the Madding Crowd” yesterday. George’s son is a young dog who does not know when to stop when chasing sheep and he is sure that the more he runs the better job he’s doing. He therefore tragically leads all the sheep to death. I knew this was going to happen and that the dog is going to be shot so I prepared for it. I can’t cope with animals dying even in fiction, it’s something that really makes me sad. (I actually ignore the books with animals sometimes, if I don’t want to be drowned in sorrow XD) And then, it was described like this. It wasn’t even an extremely important event for the story, but Thomas Hardy wrote this wonderful sentence about it.

What can I add? People who try to do something different really are seen as crazy and even dangerous for the society. And sometimes the truth that only a few can see can be dangerous but does it mean that it should be ignored? I was impressed how Hardy introduced this theme in only one sentence and then continued with the story, leaving the reader to think about it more by him/herself. I don’t want too talk too much and now I’ll just leave the quote as it is.

3 thoughts on “Quote for Thought: Life as Compromise”